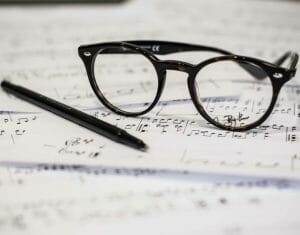 Tsoof began composing when he was 12 years old for Happiness Is, an inspiring PowerPoint presentation for his mum’s website. The following year, he received 3rd place at ASME Young Composers Competition for a 3-minute composition for a video game clip.

In high school, he began to compose as part of class assessments and school projects. He fell in love with composition and decided to spend his spare time composing music. In Year 11, he took a composition course at the Queensland Conservatorium of Music, delivered by Ralph Hultgren and David Jones.

“For me, being a composer means understanding a wide variety of musical instruments, knowing their advantages and their limitations and choosing who would be best suited to play each piece of music.  I enjoy studying composition and writing music, because it develops my singing, playing percussion and guitar skills and helps me express my emotions and original music ideas”, says Tsoof.

Tsoof has also experimented with electronic music and in 2013 began exploring the addition of technology and visual elements in his compositions.

In September 2013, he coordinated, directed and performed in a music video of his paint drumming composition for 12 paint drummers.

And during Christmas of 2014, he completed another paint drumming composition, this time for 4 performers. Since the launch of the video, Tsoof’s ensemble SoundStruck has performed Etna at the Toowoomba Food, Wine and Flower Festival, as well as Paint it Red: SKINS. They have also received inquiries from international festivals, universities, product launches, television shows and large corporate events.