Man this was a pleasure to work on!! 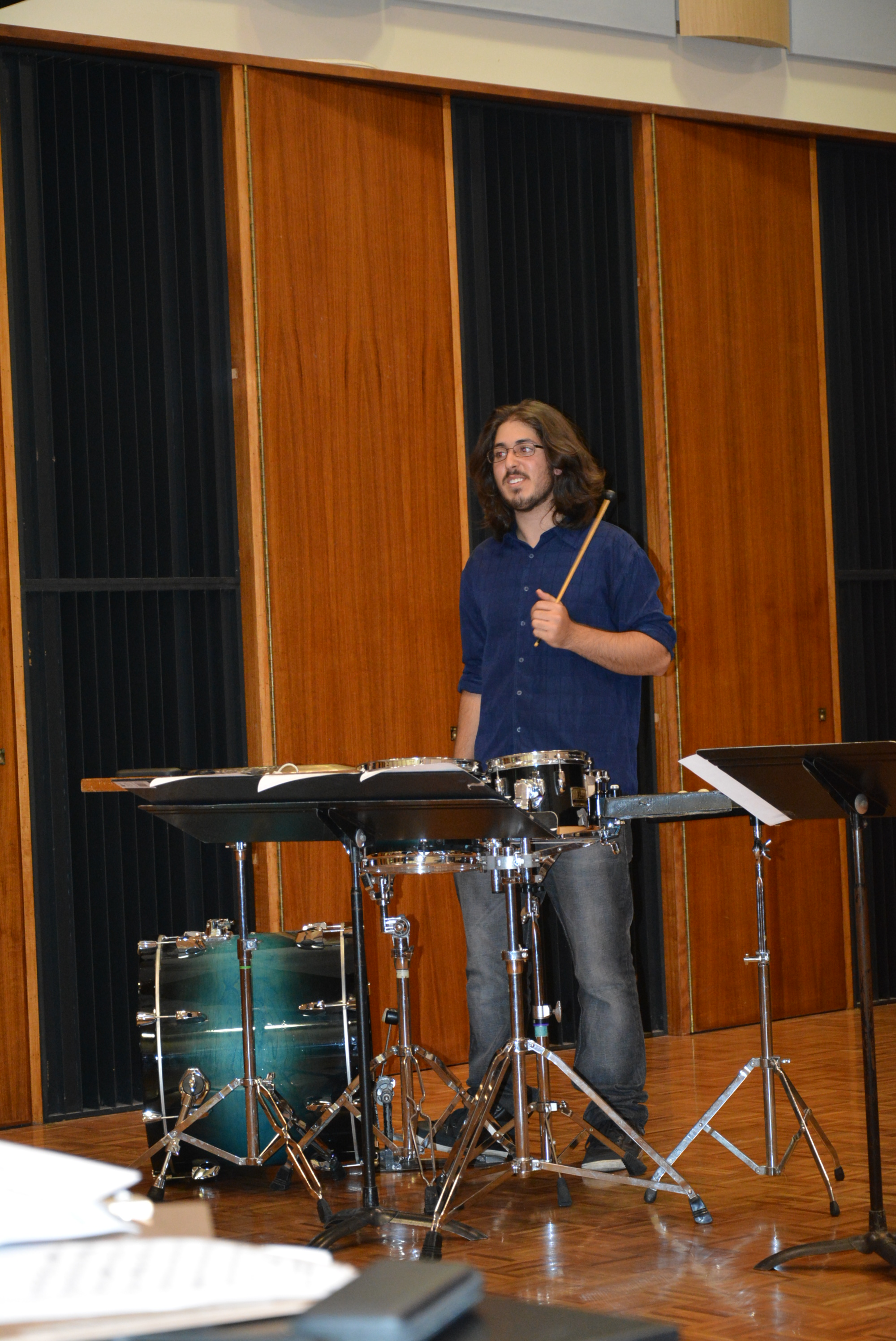 I’m a big fan of groovy music, especially drumming stuff. Blade by Benjamin Finley was a piece I chose to play for my recital this semester and I enjoyed every second.

The piece revolves around a polyrythm of 3 on 4 (and vice versa) and basically requires the performer to separate both hands making each work independently. It’s described as a piece for a broken down drum set and when you see it you’ll understand why. The instruments are basically all the drums (minus the floor tom) with three metal objects basically substituted for the cymbals.

The fun parts were the whole fast paradiddle sections that changed drums with the sticking – RLLR RLLR LRRL LRRL. It looks easy but it’s the biggest pain in the butt ever haha. Playing controlled doubles at the speed the piece is written is doable, but putting in a turnaround at that speed puts a real spanner in the works. I worked it out in the end, much to my happiness!

I hope you enjoy!