So the time has come to finally share my graduating recital! It was an exhilarating experience to play some music that I have been waiting to perform for years and to share the stage with my dad, my best friends Lachlan Hawkins and Jamee Seeto, my brothers from Spankinhide, Elliott Orr and Piers Langford, choreographers and dancers Grace Miel and Juwai Pitikin and finally the whole Queensland Conservatorium Percussion department. I chose to present a concert showcasing my musical journey from the beginning to the present and perform it with the people I care about and have admired for a long time.

The first piece was in homage to my beginnings as a percussionist. I started learning percussion when I was 4 years old from my first teacher, Ivan, who taught me darbuka. After Ivan, I learnt congas from Nasrine Rahmani and was exposed to Latin music. Both Ivan and Nasrine believed in me so much that I ended up performing with each of them as a little kid. Ivan’s band included me in their music video and my first conga gig was at the age of six, performing with Nasrine’s band in a pub!

When I was 5 years old, Nasrine recommended that I take up African drumming. My dad and I started going to classes in Melbourne and quickly took a liking to it. We moved to Brisbane a few years after. I continued to learn congas from a new teacher David Allen and Dad and I started lessons with Elliott Orr. We’ve been learning and performing with him ever since. After more than 13 years of learning from him, I’m now a part of Spankinhide, probably the only African drumming ensemble in Brisbane. 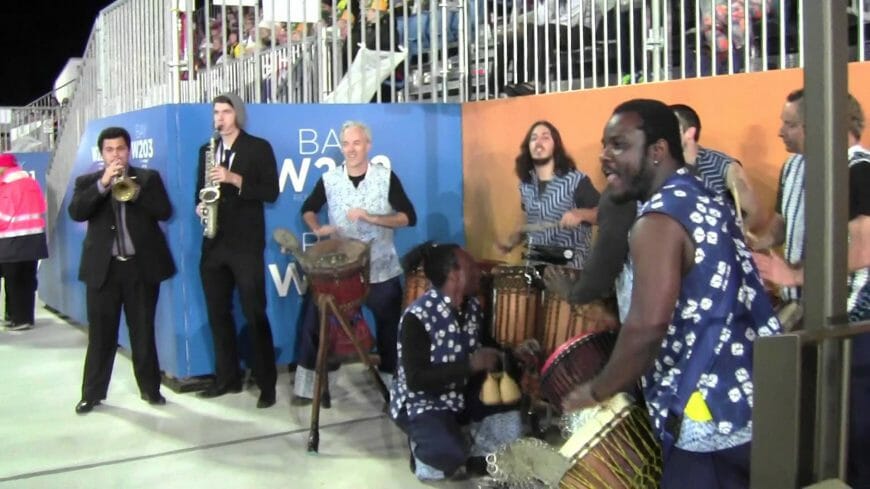 Starting with hand drumming, I wanted to share the stage with my dad who has supported me until this day with hand drumming. Percussion and mainly African drumming has been our bonding time since I was a little kid and I’ve enjoyed every second of it. I remember for the first 5 years of playing, we used to go to classes until late, coming back home many times after I’d been yawning and half sleeping through the drumming class. On the way back home in the car, the rhythms we’d learn would fade away until the next morning when we would try and piece them together again. We shared jam sessions at home, gave each other ideas, built drums, went to drumming retreats, danced and performed together. And we still do!

Performing with Elliott and Piers in Spankinhide was also a highlight for me. I think it’s rare that traditional percussion is used in a classical recital piece and I wanted to push that boundary. I joined Spankinhide in 2014 and have performed with the boys ever since at some great events all around Queensland and northern New South Wales. 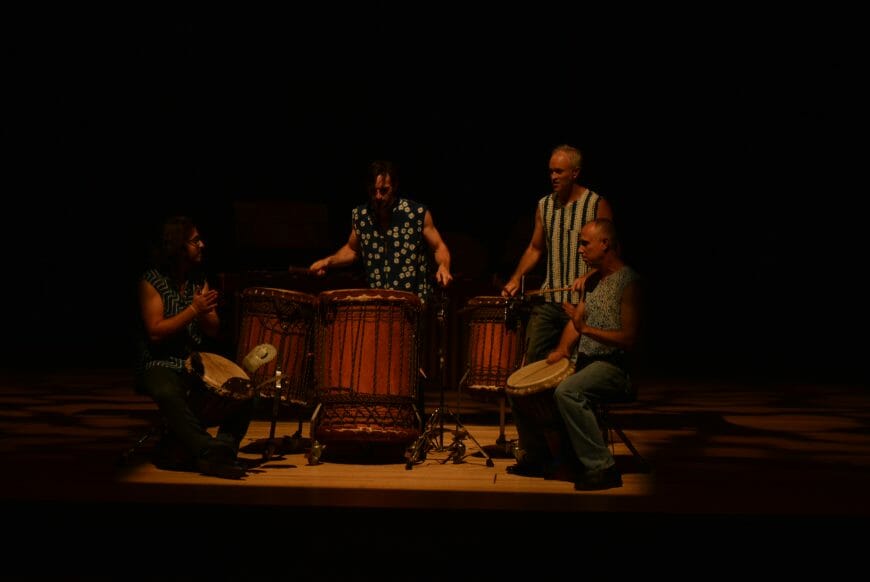