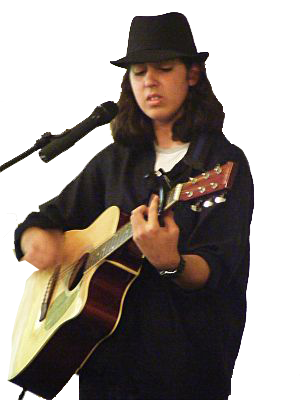 When Tsoof was 2 years old, his parents captured him on video playing his toy guitar and singing Hanson’s MMMBop at the top of his lungs with all the stage moves.

In Year 6, Tsoof performed Superman (It’s Not Easy) at Macgregor Idol, his primary school’s performance competition, and received praise from “the panel” and fellow students.

In Year 8, Tsoof joined his high school’s Chorale and, a year later was selected for the two audition-based groups, Vocal Harmony and Show Choir. With these choirs, Tsoof has performed at many competitions and sung various solo parts for these two choirs.

In Year 10 and 11, Tsoof participated as a vocalist in the State Honours Ensemble Program (SHEP), a 4-day intensive program at Griffith University’s Queensland Conservatorium. Each camp ended in a spectacular concert for parents and friends at the university’s music hall.

“I really enjoyed listening to guitar music, so I set myself a goal in Year 10 to learn this instrument. I studied for a year with professional guitarist, singer and songwriter Andrew Kennedy. I enjoyed learning and practiced a great deal to make sure I made the most of it.  I learnt various cover songs and managed to play them quickly”, Tsoof says.

Since learning to play the guitar, Tsoof has started to compose original songs, which have been well received by many people. He has been steadily increasing his repertoire of songs over the past couple of years. 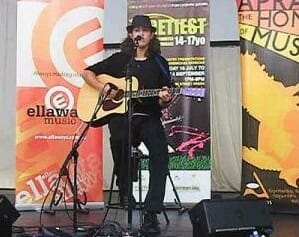 Tsoof has had a number of opportunities to play and sing both original and cover songs at school concerts, at fRETfEST and at several charity events.  In the most recent event, Tsoof was personally invited by Believing Women to perform the theme song for the launch of their campaign against domestic violence.

“When I started playing guitar and singing my own songs, I got scared about going on tours without my family members being there to support me. One day, we sat around and talked about this and my parents and big sister said they would always be there for me and they would even come with me on tour if that’s what I wanted.

And this song was created…”

“Teens sometimes act weird, but what are they really trying to say? Listen to this song and find out.