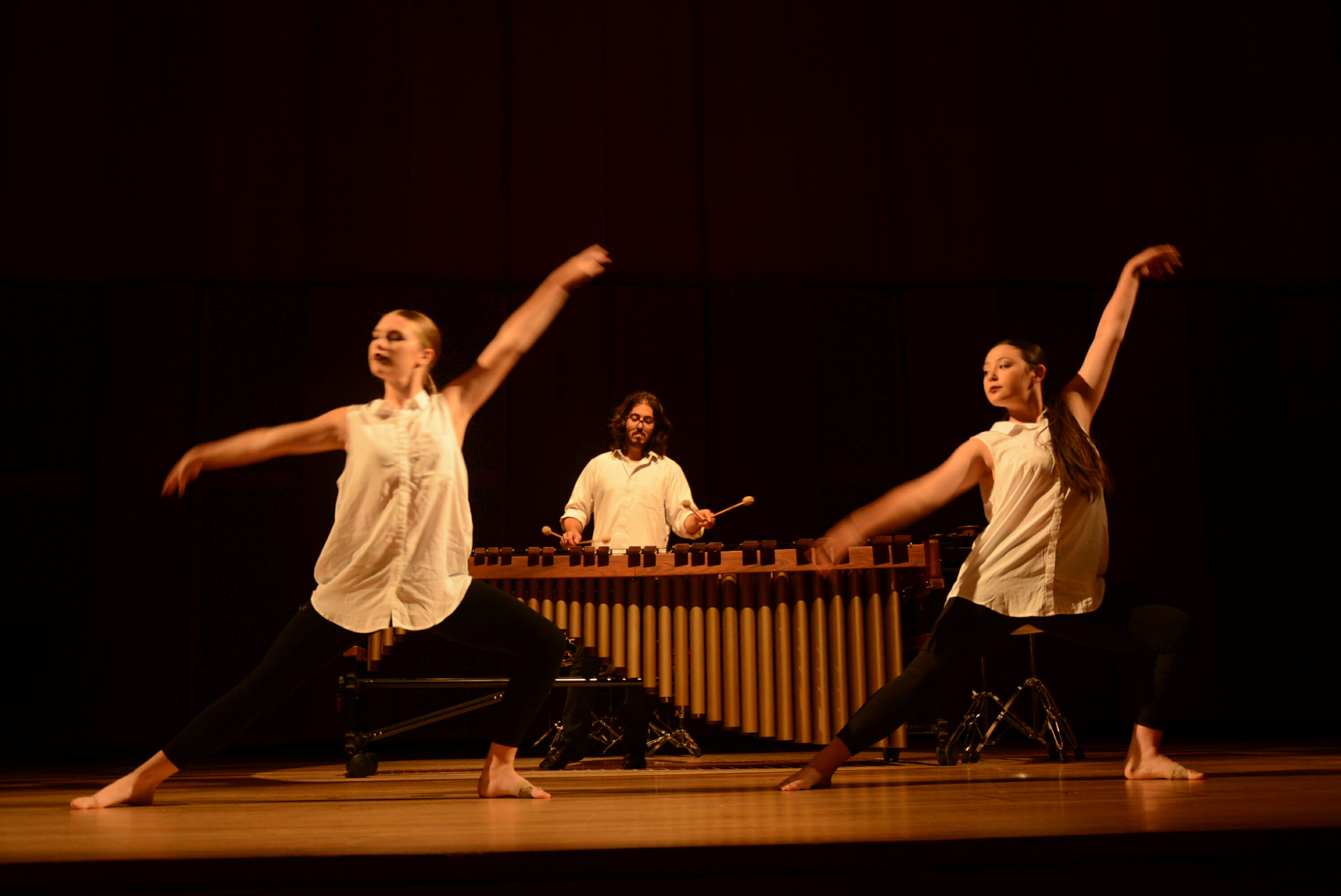 In one of my lessons with my teacher, Vanessa Tomlinson, she brought forward the idea of imagining a story for each section of the piece. We thought of birds straight away and I began thinking of incorporating the imagery into my recital. I also thought to myself that many recitals are straightforward and aimed at simply presenting the music. My aim for Marimba Dances was to make it more than a presentation of music; a show. I found a montage of bird photography and projected it onto the theatre sound shell while the piece played. I took inspiration from the Band of Frequencies concert in which they projected underwater and deep sea photography while they played their music. I thought it added another layer to their performance and used it in mine to add interest and give character to the piece in another way.

I invited Grace Miel to choreograph a dance for the second movement of the piece. I’d seen her dance at my sister’s high school dance showcase, where she performed her own choreography to slam poetry. She is one of the most talented dancers I have seen for her age and an exceptional choreographer. We did a few workshopping sessions together and bounced ideas off each other. Grace later suggested to bring another dancer into the mix and brought her friend Juwai to join the performance. We worked on combining the music with the choreography in a couple of pretty unconventional spaces. I found it’s not the easiest task to find enough space for a five octave marimba and two dancers! 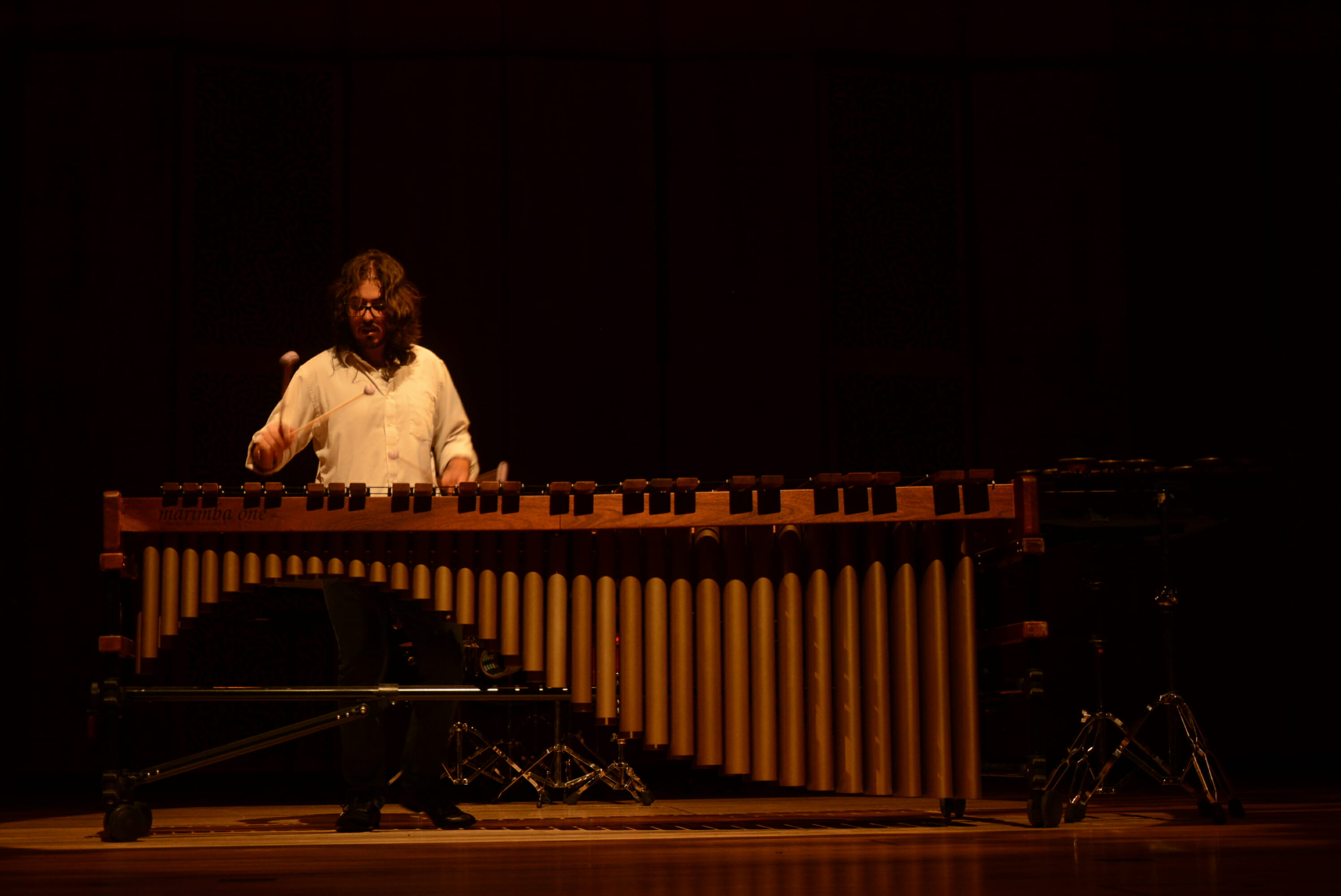 Aligning live music with choreography was new to me and I think it went well. It’s a strange experience to be expressive with music and still coordinate with subtle breaths, head nods and body movements because it’s not a natural situation to be in. It’s especially hard when the dancer’s heads were facing the audience most of the time.  I love their choreography and look forward to seeing these two girls performing all around the world with their beautiful dancing. I’m very glad to have had the opportunity of performing with them both and look forward to working with them again in the future!