Last year, at the beginning of 2012, I wrote a paint drumming piece for 12 percussionists. The composition was intended to be a collaboration between high schools around Queensland as part of Creative Generation – State Schools Onstage.

The idea was sparked mainly due to a past performance of mine at high school which you can see and read about HERE, along with inspiration from the Blue Man Group. I worked very closely with Craig Rippon on writing a proposal and organising the equipment and various costs a project like this would require. Sadly our proposal wasn’t accepted and the idea kinda slumped from there……until about six months ago. 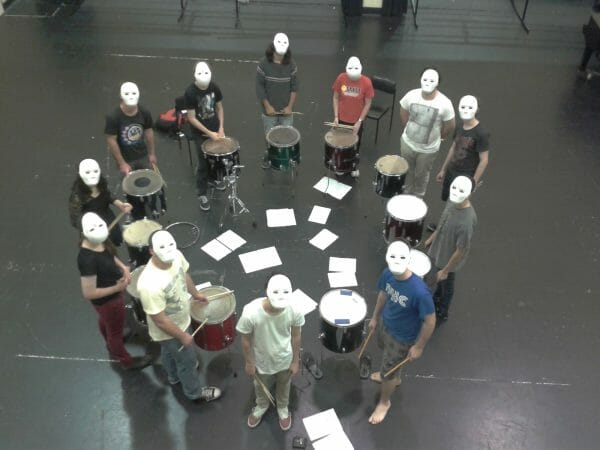 I reworked the original piece for a higher level, planning out every single visual aspect of the piece and project: what it would look like, the setup, the gear, the performers, the budget and the time needed, the venue, the rehearsal space, the photographers, the sound engineers… and in the end it all came together.

Through a Facebook group I managed to find a group of photographers, a friend suggested an excellent Director of Photography, I called up a sound engineer I’d worked with before, and I rang almost every percussionist and drummer that I knew in the university and out to be a part of the project.

In the meanwhile I consulted with Craig a lot on what gear to buy and how to use it and set out to buy a massive array of gear to get the project stocked with the equipment it needed. Bunnings Warehouse got a bit of business and I got well priced and working equipment! 🙂

Once I was stocked with gear, I tested the piece with drums to see that the visual effect was working. 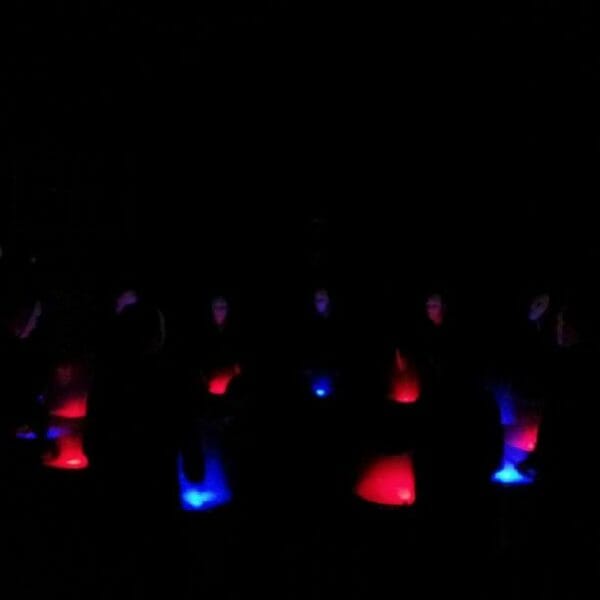 By that point I had a group of drummers that was for the most part unchanging haha, who played the piece brilliantly and got working to memorise it. With help from the Griffith Conservatorium and my acting head of department Michael Askill, I managed to get rehearsal time and space at the university. With their help I also managed to procure Public Liability insurance to secure a venue.

On the 30th of September 2013, at the Urban Art Projects studio in Northgate, Brisbane, Australia, with 25 crew members at the venue, the composition was filmed and recorded!!!

The video is not yet finished though it has finished under budget and under the planned time frame! 🙂

Here is a sound snippet of the piece, recorded by KC Chen!